Program from the play

I must say that the actors were unbelievable, the man who played Caiaphas, Liam O’Daniel-Munger, has performed with the chorus of the Kentucky Opera and he stole the show when he was on the stage. The actor, who played Judas, Nir Chalamish, made me question if Judas was predestined to initiate the death of Christ. His turmoil and voice made my heart churn. Brett Travis, who played Jesus, captured Christ in his human compassion and anguish in the garden. It was like nothing I have ever seen at this playhouse before.  My husband and I have shared a love for many Broadway series our favorite is Les Mis which we saw three weeks ago.  This performance, its choreography, lighting and music truly was as grand as a Broadway series musical. We were so impressed. It was so well done that at intermission we discussed details about the scriptures and the journey of Christ, it provoked deep conversation for us.

As always is the case it was painful to witness the interpretation of the crucifixion. They took him down off of the cross and his apostles held him and then the stage lights went off and the playhouse lights went up. I sat in my chair saying “This can’t be the end. It’s not the end. Don’t they know this is not the ending?” Completely convinced they would return to the stage I watched as audience members bewildered and befuddled left the building. Finally I stopped someone who worked with the crew and asked “Is that it?” He replied “Yes, that’s how it ends.” My husband and I exchanged glances and in a daze we walked through the unexpected snow of March to the van.  I looked to him and said “They just missed the entire purpose of the life of Christ. Don’t they know it’s not about his life as much as it is about the Resurrection?” In a heated voice I said “And this is why I never watched this movie before!”

It took awhile for me to calm down. But when I had my wits about me I started to ponder the different ideas the play had mustered in my soul. We talked about Pilate and his choice, Judas and his damnation, Herod and Mary Magdalene. It was definitely worth seeing. However, it was like the best book you ever read and the ending was the worst possible scenario! But I know the truth.

Christ was beaten, whipped, bruised, humiliated and crucified for our sins. But he did not die in vain. Three days later he rose from the dead to be seated at the right hand of His father. Before He left he visited those lost apostles in that upper room and said “Peace be with you”- John 20:19. He sent the Holy Spirit as an advocate for us to know God’s presence remains. He ascended body and soul to God. He threw open the gates of heaven, so that we might join him in eternal life. He taught us the ultimate forgiveness when Jesus said “Father forgive them they know not what they do”- Luke 23:34. He lived a life for God and died a tortured death all for each and every one of us that has lived, will live and is living now. He was the reason that God created the universe. So that God could come as Man to fully teach us, love us and bring us back to God once more. I know these facts not as I know faith but as I know I exist, I breathe, I live and I will hold that truth when I die as well.

You see they didn’t get it right in that play. I know the end. I know the truth. Jesus Christ is not a superstar but is God in human form. He died for us and rose from the dead in the resurrection and that my friends alone is not the last act of this play for it goes on forever. “I am the alpha and the omega, the first and the last the beginning and the end” Revelations 22:13.  He has no beginning and no ending. “And behold, I will be with you always until the end of the age.” – Matthew 26:20

You see my friends the play is never over! 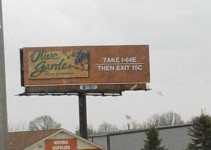