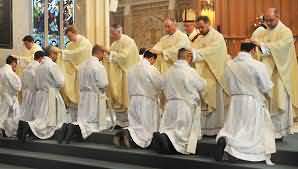 The purpose of the priesthood from my point of view is to give spiritual guidance and support to the lay people. I do not believe that the lay people are just a flock of mindless sheep that should be blindly led as Pope Pius X believed in the beginning of the 20th Century, “Church was a society formed by pastors and flocks. As far as the multitude is concerned they have no other duty than to let themselves be led.” That statement makes me thank God I live in today’s world with a Church that is concerned about our personal growth as well as our communal growth in Christ.

So much of the history presented by Kathleen Chesto surprised me in her DVD. In the early days of the Church the priest was part of the community chosen by the community. As time went on and the Church became institutionalized the role changed. In the 2nd century Bishops were chosen by their people. By the 12th century it all changed. The 3rd Lateran Council said “ordination gave a man an indelible mark on his soul which shaped him in the image of Christ. Giving him the power to preach, consecrate and forgive sins.” Priests became sacred. The Council of Trent in 1544 emphasized the education of the priest and isolated the clergy making them yet more unequal to the rest of us.

Thank God the Vatican Council II called Bishops and Priests to more pastoral roles of service.  It shaped the movement of the lay people back into an active role in the Church. All Catholics are called to use their gifts for the good of the community. We are called by virtue of our Baptismal Vows.  Ordination was called to be service, washing feet for others as Christ taught us. I try to wash feet in my everyday life by using the gifts that God gave me to help others. I am a mom and I try to love my children unconditionally and raise them with faith and a relationship with God. I serve my Church through the service learning program and helping at all times possible.  I feel called to service to others through learning more about my faith and becoming a Theology teacher.

I think it will take some changes in the Church to have a rebirth of vocations to the ordained priesthood.  I think allowing women to become priest would change everything.  I see no problem with this idea what so ever. The traditionalist that teach that women should not be allowed because Jesus Christ did not have women disciples needs to look more closely at the women who financially and emotionally supported the ministry of Jesus Christ. The only reason Jesus could not do this in that time period was because women were considered property. Slaves were also considered property but once they were freed they were able to become priest!

I think letting priest be married would bring more people to ordination as well as more people back to the Church. If the priest could relate to our everyday lives I think more people would want to listen to him as a spiritual shepherd. However, so many believe the priest is out of touch with our lives and very isolated and institutionalized by the hierarchy of the church.

I am praying that this new Pope will see how needed the lay people are in ministry. Vocations don’t just belong to priest they belong to each of us. I am also praying that this Pope will look intensely at how important opening up the priesthood to women and married men is in our culture today. 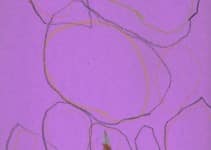