Husband and son being resourceful

Yesterday I gave an assignment to my students to look up a scripture reading that they believe connects to a modern day sacrament. Right before I gave them the assignment I showed them a video about the sacraments. Each student was placed in a small group. I observed the students using Google to find the information. A few students picked up a Bible. One student remembered that the video had Scripture quotes about the sacraments. He Googled the video, played it back and wrote down the quotes. That was extremely resourceful. One can work smarter instead of harder!

How resourceful are we in life? Do we automatically default to habits to solve problems? Or do we attempt to think outside the box first?

My youngest son recently forgot his Math textbook. The Math teacher announced at the beginning of the year anytime a student fails to turn in homework the student will receive a detention. It’s true she does that! My daughter was with my son when he realized he had forgotten his textbook. He was about to have a melt down. First he attempted to call his friends for the information from the Math textbook. No one was home. He went on line and searched for the textbook to no avail. Finally, my daughter gave him the idea to text his best friend’s mom on her cell phone and ask for her to take a picture of the problems in the book. I texted her and she sent me the picture of the homework. He was able to complete the assignment. I told my daughter, “Maybe, he should have taken the detention to learn his lesson, not to forget the book.”  She replied, “He was resourceful and still completed his assignment. He doesn’t deserve a detention for being resourceful.” She made an excellent point. With all the advancements in technology we should be able to solve more problems. It takes creative, and critical thinking skills to do so. Some people call them “life hacks” I call it resourceful! 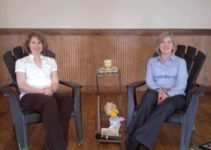 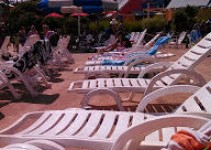 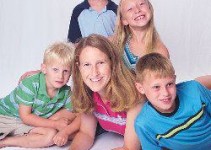