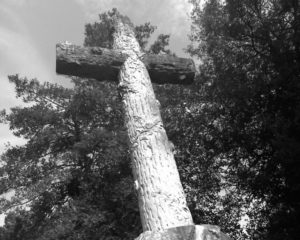 God with flesh, the Word made flesh, Jesus Christ both fully human and divine took it. He took it.

He prayed in that garden that the cup may pass Him, so he wouldn’t have to take it. Then he accepted it.

He took it from the arrest, to resisting retaliation, to the accusations, to the humiliation; he took it.

Watching it all unfold with the emotions of a human being, being abandoned by his apostles; he took it.

He was scourged, his human body ripped open, and whipped repeatedly, he felt every blow as a human person, he felt his skin tear open and the nerve endings were human, he felt the pain and he took it.

He carried that cross beam as people watched, spat at him and shouted obscenities; he took it.

He never fought back, said a word, or matched the violence for violence, he only gave love, and took the hate; he took it.

They hung him upon that cross and the women were at his feet, they didn’t abandon him like the apostles did. The women stayed with Jesus Christ, and although they witnessed his pain they took it to be with him.

He felt the open wounds, the restriction of his breath, the thirst, the pain, and the neglect on that cross; he took it.

He took every sin, every evil, all the violence, the mistrust, the disdain, the hate, and the anger; he took it for each one of us who had yet to be created or born, for every soul that ever dwelled and will dwell on this earth.

Jesus Christ took it for each one of us. He took it, so we could one day take it for another, take it by never retaliating with violence, hate, or evil, but instead take it for the sake of love alone.

That Good Friday Jesus Christ took it for us so that we could learn to take it to become fully like God. 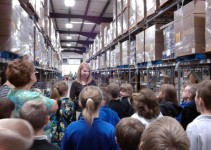 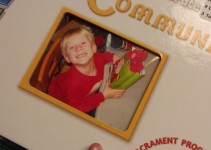 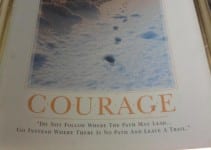