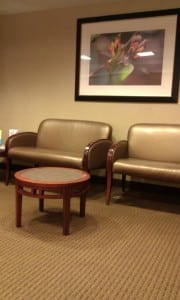 Being stuck in a doctors waiting office with that horrible daytime tv show playing in the background only exasperates the annoyance. People all on their phones, trying to have patience but ready to explode. Some have waited hours now. This was not an Emergency Room where the staff is unsure when people will come. No, this is a doctor’s office, where appointments are scheduled months in advance. I made this particular appointment 6 months in advance. I arrived at the appointment 20 minutes early just in case I needed to fill out forms. I was bold enough to ask how far behind the doctor was running. 1 hour behind. What is sad is that the doctor doesn’t have a choice either, the insurance companies typically dictate the number of appointments scheduled. If the doctor gets behind the scheduled appointments it’s usually because she took more time with a patient than was scheduled. Insurance is way too involved in the equation.
There are also some old school doctors who think they hold a position of power and are unapologetic to make the patient wait. I think it is professional to start the visit with an apology. I overheard a patient approach the receptionist and they told him they were next on the list. That patient just wanted to be heard and considered.

As people I think we have a responsibility to hear others. We need to be more considerate of each other’s time and situations. Today, try to do that for another person. 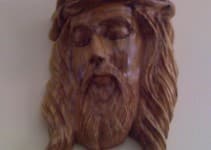 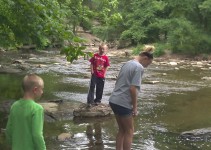