He was a man

The Son of God

He was God as a human being, walking on this earth, feeling with the same 5 senses we feel with, weeping for the death of his friend Lazarus

He was With the father before time and space existed

He has both divinity and humanity

Yet, the power he wielded on this earth did not need sarcasm, bullying, insults, weapons, anger, or violence

His power seeped into a culture not ready for his ideas of complete compassion, total sacrifice and ultimate love of others.

No culture is ready for what God has ready

God’s people lived within a self-absorbed culture all about the individual, pleasure, wealth, and power

The culture – our culture has yet to change

Yet, he sat among humanity and talked of acceptance, compassion, forgiveness, and a different way to live.

He taught, healed, resurrected, believed, and loved humanity beyond all human understanding

He took it like no one had ever took it before. He had the power to stop what would happen to him yet he allowed it to occur for you and for me and for our children to come.

He hung upon a cross in Calvary, arms stretched wide surrendering all control, feeling with all 5 senses every sting of the pain. He felt the rejection as his “friends” abandoned him and yet, he thought about his mother in the midst of his own torture and gave her to one of the only friends who stayed. Even from the pain of the cross in the middle of his dying he continued to teach, forgive, believe, and love all of humanity. He had to show us this as a man with flesh and blood, a physical human being who bled, cried, and felt what we feel. So, that we could relate to him. We could engage in a relationship with him.

He was never just a man.

He is the son of God.

He is the savior, the redeemer and unconditional love cloaked in skin.

He is my Lord, my savior, my redeemer, my God.

He is Jesus Christ. 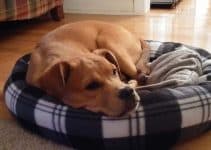 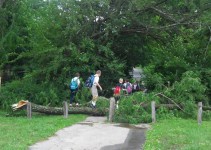